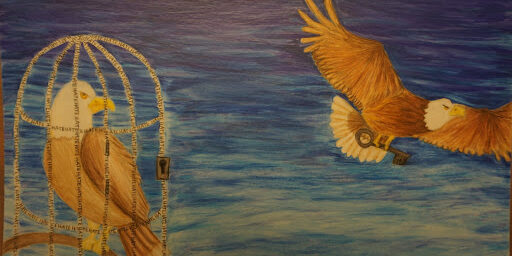 The VBA, along with its Diversity Section and Young Lawyers Division, hosted the fourth annual Dr. Martin Luther King, Jr. Middle School Poster-Essay Contest.  Each year, a committee comprised of representatives from the VBA, the VBA Diversity Section and the VBA Young Lawyers Division, chooses a quote by the late Dr. King to inspire the students to participate in the contest. This year’s quote: “In the end, we will remember not the words of our enemies but the silence of our friends” served as inspiration to over 70 students who submitted a record number of entries!

The committee had a daunting task as 2020 came to a close of having to choose the top 3 Poster-Essay combinations, based on criteria such as relevance to theme, spelling and grammar, content, quality of design and creativity. Given the quality (and quantity) of this year’s submission, this was no easy task! The contest winner, first runner-up and second runner-up are ordinarily invited to an in-person ceremony conducted by the Governor at the Statehouse and the Justices of the Supreme Court in the Vermont Supreme Court building.  This year, however, the ceremony had to be conducted virtually due to the pandemic, but the students and families took it in stride.

VBA President Elizabeth Kruska kicked off the ceremony with introductions and a bit of history about the contest and the chosen quote.  Next, Chief Justice Reiber continued the opening ceremony with some remarks about the importance of celebrating the Martin Luther King, Jr. holiday every year and how his message resonates today.  Vermont Superior Court Judge Nancy Waples, who was the first chair of the VBA Diversity Section when the MLK, Jr. Poster-Essay Contest was established, then expressed how impressed she was that all of the submissions dealt with the subject of racial inequality with such insight, despite most not having experienced the discrimination that she and other people of color have experienced throughout their lives.

Next to speak was Justice Beth Robinson, who had the honor of awarding the trophy to the contest winner. Justice Robinson emphasized how Dr. King’s words and life’s work are especially resonant during these tumultuous times and expressed hope that the students looked to have the qualities and power to “save us all” with their thoughtfulness and commitment to the values of Dr. King and their deep understanding that silence is complicity.

And on to the winners…please scroll down for all the pictures of the posters and winners!

William Cunningham and Elizabeth Cunningham from Edmunds Middle School won the contest with the first place traveling trophy for their school and plaques. William and Elizabeth (6th and 8th grade) described the poster in detail and explained how the eagle in the cage, while caged literally and figuratively by the words of hate, instead looks through the bars to the free eagle, flying away with the key to unlock the cage. The students described how the free but silent eagle with the key has more power to hurt the caged eagle than the cage itself. Although the judging was completely blind and anonymous, Justice Robinson noted that Elizabeth Cunningham once won this contest and once came in second in prior years, showing her creativity knows no bounds! This poster and essay will be featured in the Winter Vermont Bar Journal being published within the month.

Maeve Parker-Clark from Hinesburg Community School (8th grade) received the first runner-up prize, presented by Justice Harold Eaton.  Before awarding the plaque virtually, Justice Eaton noted that he was just a bit older than the contestants when Dr. King was assassinated, remembering that Dr. King was a beacon of light in very turbulent times and was a messenger of peace and tolerance, so fitting to be honored today with a record number of entries. Maeve then spoke and described her poster as relating Dr. King’s words to modern-day bullying and harassment. She wrote about the need to speak up, becoming more aware that silence is powerful and can equal violence and that not speaking out gives rise to bullying.

Isak Duncan from U-32 Middle School (8th Grade) was the second runner-up prize winner, referenced by Judge Waples in her opening remarks as presenting a more personal take on Dr. King’s quote. Justice Karen Carroll delivered his award, virtually, and asked Isak to give more detail about his poster and essay, drawn from personal experience. Justice Carroll stated that she felt so honored to award the prize to such a deeply personal piece of art and essay and how poignant both were. Isak then described his experience at the tech camp, noting that he’d be a rich person if he had a nickel for every time he heard comments such as “Asian nerd,” but those comments have always been far easier to brush off than when one of his friends stood by in silence when those words were thrown at him. He noted that the essay was not meant to be a sob story or to be focused on the racial slur itself, but more toward the greater hurt caused by friends who were silent.

Closing remarks were given by Justice William Cohen, who made a special request for more prize winners next year so he’d get a chance, as the newest associate justice, to present an award himself!  Justice Cohen thanked all of the students for their amazingly creative submissions and emphasized how proud they (and their families) should all be for tackling the quote with such insight and creativity. He tied all the posters to the Vermont motto of “freedom and unity” and how important it is for all Vermonters to support each other. President Kruska closed the ceremony noting how great it was to hear the kids describe their posters in detail and how each student interpreted the quote in a different way. Said Kruska: “We certainly have different ideas, but are unified in where we are all trying to go.”

Please check out all the pictures, below, and here’s a link to a VIDEOof the full ceremony! 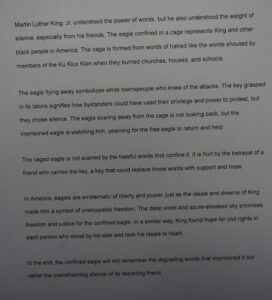 Above: Winning Poster and Essay by William Cunningham and Elizabeth Cunningham 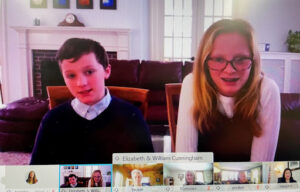 William and Elizabeth Cunningham at the Ceremony 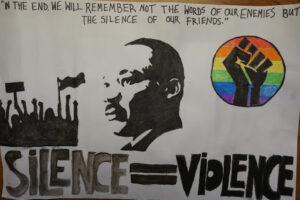 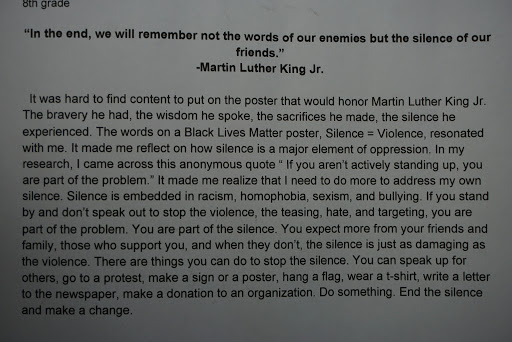 Above: First Runner-Up Poster and Essay by Maeve Parker-Clark 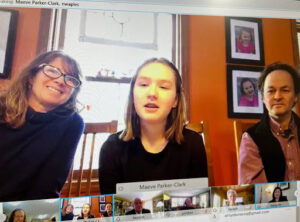 Maeve Parker-Clark and parents at the Ceremony 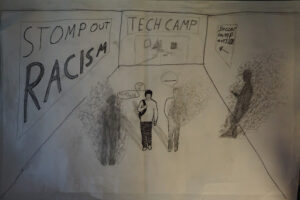 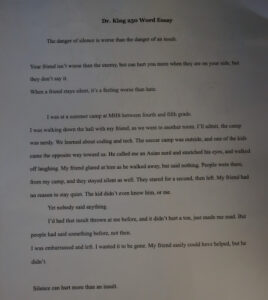 Above: Second Runner-Up Poster and Essay by Isak Duncan 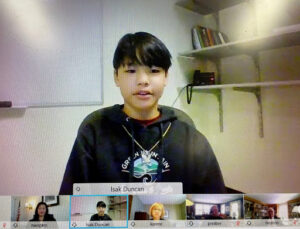 Isak Duncan at the Ceremony

Snip of the Virtual Ceremony: 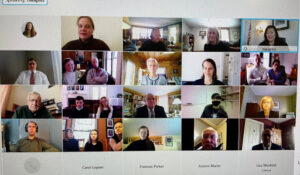 And special thanks and congratulations to ALL the students who submitted posters and essays! 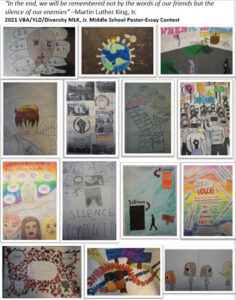 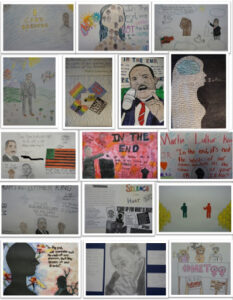 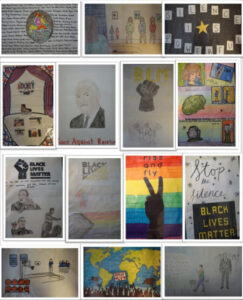 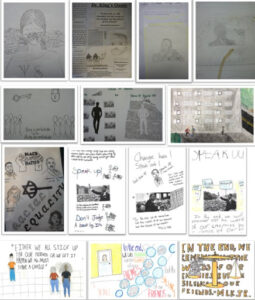