The Honorable Nancy Jear Waples was sworn in as an Associate Justice for the Vermont Supreme Court on April 15 before a packed and admiring courtroom of family, friends and colleagues. Chief Superior Judge Thomas Zonay opened the ceremony by welcoming Justice Waples’ father, Roy Jear, who was unable to attend in person but who was able to proudly observe the ceremony via the Vermont Judiciary’s livestream channel. Judge Zonay explained that “kindness”, “warmth” and “cheerfulness” were the characteristics universally offered by Vermont trial judges when describing their colleague. Those characteristics along with “outstanding legal acumen”, “the highest of integrity” and “complete dedication to the rule of law” were common themes of praise for Justice Waples by those who know her best throughout the gathering.

Chief Justice Paul Reiber welcomed all to the newly renovated Supreme Court Building and presented Justice Waples with the Vermont Senate Journal reflecting an historic Senate vote of 27-0 confirming the appointment of Justice Waples as an Associate Justice. As noted by the Chief, Justice Waples as an American of Chinese heritage is “the first woman of color appointed to the Vermont Supreme Court bench . . .  This is a banner day for our state, that breathes fresh air into the foundational notion of equal justice under the law.”

Xusana Davis, the Executive Director of Racial Equity in the State of Vermont, shared how she had first met then-Judge Waples when both served on the Racial Equity Advisory Panel. Ms. Davis lauded the appointment noting how the Court is now reflective of Vermont’s increasingly more diverse future. Associate Justice Karen Carroll read sentiments written by Justice Waples’ law school friend Joan Sullivan Higgins, whose father was the longest serving judge in the New York Appellate Division. After learning of Justice Waples’ appointment, Judge Sullivan gifted his judicial robe to her in honor of the appointment. Past U.S. Attorney Christina Nolan spoke of her friendship with Justice Waples that developed when they worked opposite each other in a number of federal court cases. Attorney Nolan explained that Justice Waples simply “treats all people well all of the time” and how that principle would guide her on the bench. Sons Lane Waples and Graham Waples spoke humorously of how their mother has had lots of experience as the appellate authority in their family, paying little heed to precedent or stare decisis in maternal decision-making. They also noted with evident pride “the kindness and compassion that make her a great person and an even better jurist”. Governor Phil Scott spoke of the significance of the appointment, and of how Justice Waples’ tremendous intellect and experience, as well as her commitment to ensuring civility and respect in all that she does, will serve the state extremely well.

After being sworn in Justice Waples also addressed the crowd. Speaking movingly of her late mother and the remarkable life she led, Justice Waples shared the advice her mother had given her on the day she was sworn in as a trial judge: “Don’t take yourself too seriously. Remember that you work for the people. Work hard and do not let them down.” No one in the courtroom has any doubt that Justice Nancy Waples will continue to heed those wise words in this historic next chapter of her selfless public service to the state of Vermont.

You can watch the swearing in ceremony on the Supreme Court’s Youtube channel here.

Photos of the event are below. 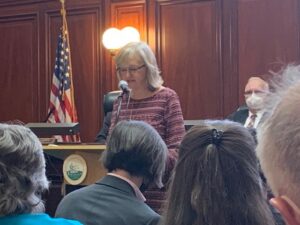 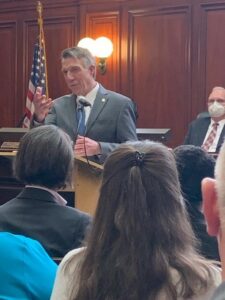 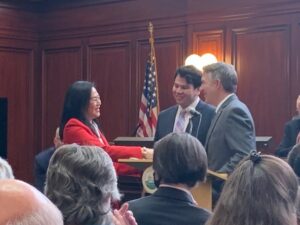 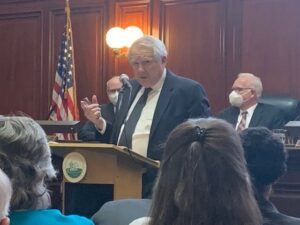 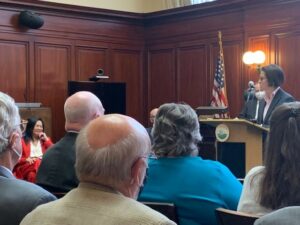 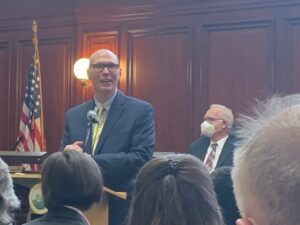 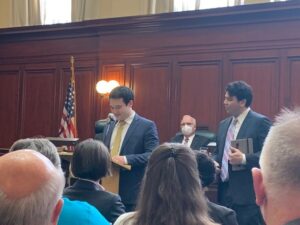 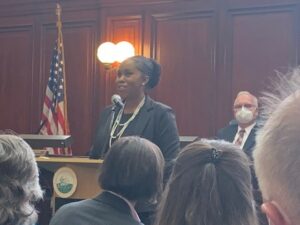 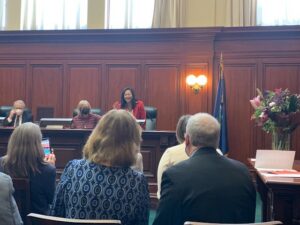 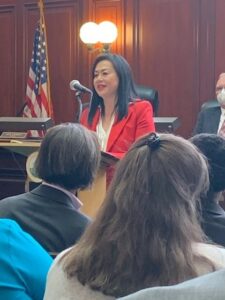 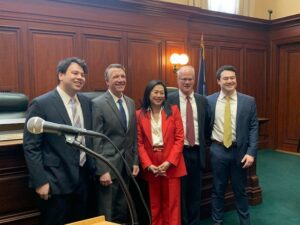