The Honorable Daniel P. Richardson was sworn in as a Superior Court Judge at the Vermont Supreme Court Building in Montpelier on May 20. Judge Richardson’s friend and former law partner, Gerry Tarrant welcomed the packed and admiring courtroom of family, friends and colleagues by thanking them for sharing in such a special occasion. Noting that the appointment of judges is “part of our democracy at work”, Gerry also shared that an independent judicial system is essential inasmuch as courts provide the remedy for any rights that the citizenry have under the law, and that “rights without remedies are no rights at all”.

Gerry introduced Judge Richardson’s law school friend Tuck Rainwater, who traveled from St. Louis to attend the swearing-in of his friend, whom he met at Vermont Law School in 2000 – and whom he then accurately predicted would one day become a Vermont trial judge. Burlington City Mayor Miro Weinberger congratulated his now-former Burlington City Attorney (while lamenting that Judge Richardson’s tenure at Burlington City Hall wasn’t as long as the Mayor would have preferred!)  Paul Gillies, also a friend and former law partner of Judge Richardson’s, waxed eloquent in his remarks about the appointment ,in true inimitable Paul Gillies style. Those are best read in their entirety, linked HERE.

Governor Phil Scott also addressed the crowd, praising Judge Richardson for his record of public service and selfless dedication to the legal profession, while also remarking on a gravedigger job that Judge Richardson listed on his resume – apparently the first time that occupation has appeared on the resume of one of the Governor’s judicial appointees!

After being sworn in Judge Richardson also addressed the crowd. After thanking his parents, Paul and Betty Richardson, and his wife, Britt, children Emory and Vaughan, brother Steven and his family, mother-in-law Julie Olander and brother-in-law Eric and his family, Judge Richardson spoke movingly of how his family has had such a significant influence on his career and how their support made his appointment to the bench possible. Gerry Tarrant concluded by congratulating Judge Richardson as a loyal son, brother, husband, father, friend, law partner and now Vermont Superior Court Judge. As Paul Gillies indicated to Governor Scott at the conclusion of his artful remarks: “Vermont will be in your debt for your decision, and your legacy, among all other accomplishments, is ennobled by the decision to appoint Dan Richardson to the trial bench. Thank you.” 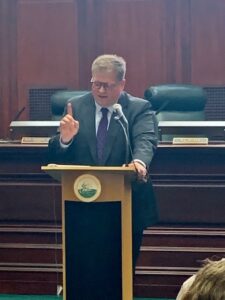 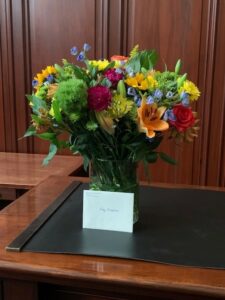 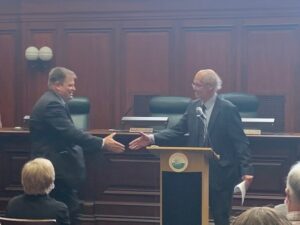 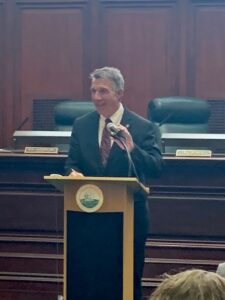 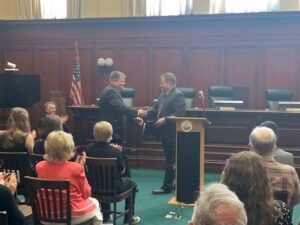 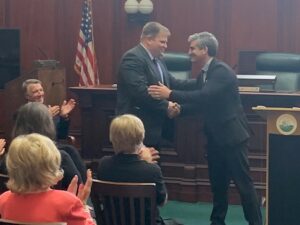 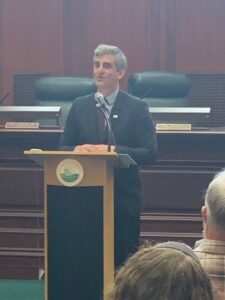 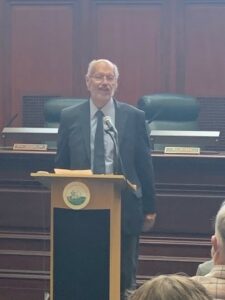 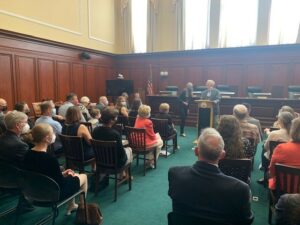 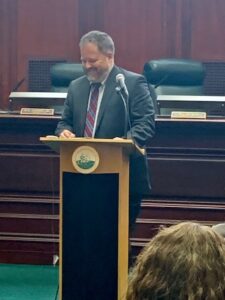 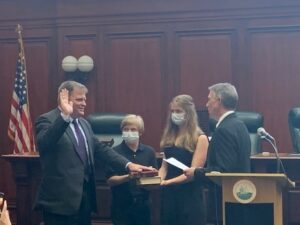 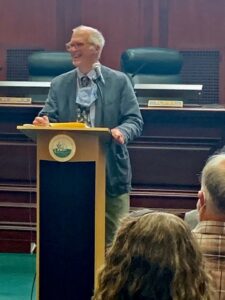