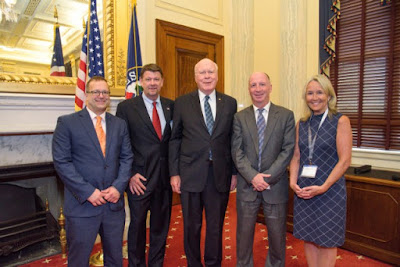 For the past 20 years, the American Bar Association has organized an annual ABA Day in Washington, D.C., to advocate for our system of justice and to advance the rule of law. It asks each state bar association to send bar leaders to meet with that state’s congressional delegation as part of the event.  The focus of this year’s ABA Day, held April 25 – 27, 2017, was to request federal funding for the Legal Services Corporation, and to advocate for legislation authorizing public-private partnerships with the Department of Veterans Affairs to improve access to justice for homeless veterans.
VBA Board of Managers President Mike Kennedy, President-Elect Dan Maguire and Executive Director Teri Corsones traveled to D.C. on ABA Day to meet with U.S. Senator Patrick Leahy, U.S. Senator Bernie Sanders and Representative Peter Welch. Each of our congressional delegation members expressed full support for funding the Legal Services Corporation and for proposed legislation that would encourage public-private partnerships through the VA to provide legal assistance for homeless veterans. Each of them also expressed appreciation to Vermont lawyers for all that they do to provide legal assistance to low-income Vermonters, whether it’s through VT Free Legal Answers, the VBA Modest Means Program, the numerous county bar legal assistance projects funded by the Vermont Bar Foundation, or the myriad of other ways that Vermont lawyers give of their time and talents.
Senators Leahy and Sanders and Representative Welch were also very pleased to learn of the Constitution Day presentations that so many lawyers and judges have given to schools and to civic groups since last September. They were also grateful that the VBA is providing Pocket Constitutions free of charge to any school or civic group that requests a basic overview of the Constitution. Lastly, the VBA delegation presented Senators Leahy and Sanders and Representative Welch each with a copy of Judge Mello’s “Moses Robinson: The Founding of Vermont” book, as a reminder of Vermont’s role in early American history that led to the Declaration of Independence and the U.S. Constitution.
Mike, Dan and Teri are grateful to the VBA for the chance to meet with the VT congressional delegation in Washington, and for making them so proud to represent the membership at our nation’s capital. We hope that you enjoy the photos!
Also, don’t forget Law Day is May 1st, which was established in 1958 and is typically celebrated throughout the month of May.  This year’s theme is the Fourteenth Amendment: Transforming American Democracy.  We should all pause to give thanks to this incredibly powerful Amendment.  The Fourteenth Amendment, ratified during Reconstruction, extends the Bill of Rights to the states, among other things.  Its citizenship, due process and equal protection clauses advance the rights of all Americans and insure equal justice under law. If any members would like to go into their local schools and talk about the constitution, specifically the Fourteenth Amendment in May, just let us know! 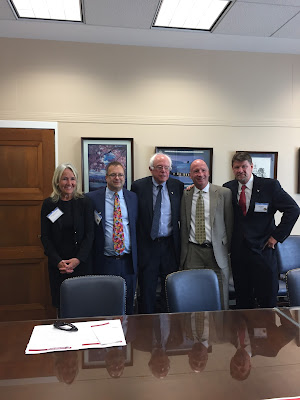 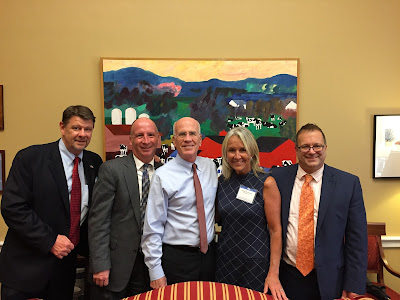 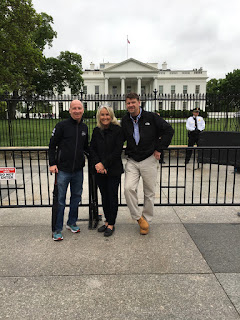 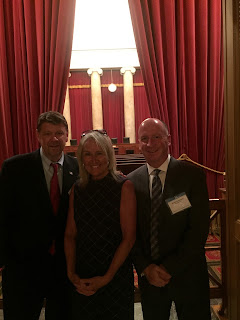 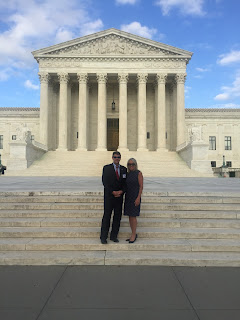 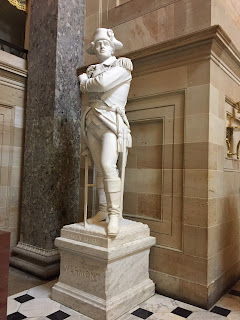