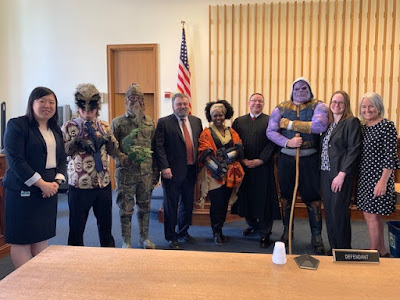 The Rutland County Bar Association continued its 30+ year annual tradition of a Law Day Mock Trial hosting over 200 area 5th graders from seven different schools on May 8, 2019.  The program featured a morning and an afternoon performance at the Rutland County Courthouse. The Avengers-themed case of “Thanos v. Shuri of Wakanda” featured Thanos suing Shuri for damages suffered after she allegedly damaged Thanos’ infinity gauntlet.
Rutland lawyer Shannon Lamb (Pratt Vreeland Kennelly Martin & White) represented the archvillain Thanos, played convincingly by Rutland lawyer Tom Bixby (Law Office of Thomas Bixby) in full Masters of the Universe garb. Rutland Probate Judge Karl Anderson wrote the script and represented Shuri, Princess of Wakanda, played enthusiastically by Vermont Assistant Attorney General Phyllisa Jones Prescott.  Rutland lawyer Elijah LaChance (Ryan Smith & Carbine) dressed the part of Rocket, the snarky raccoon, who testified as a fact witness and also as a translator for Groot, the talking tree. Groot was played quietly by Rutland lawyer Jim Levins (Tepper Dardeck Levins & Fitzsimons), as Groot is only capable of repeating “I am Groot,” thereby the need for a creative translator.
RCBA President Stephanie Lorentz (Lorentz & Associates) welcomed the students at each performance, after which students were randomly selected to serve as jurors. After each trial, Presiding Judge David Barra fielded many insightful questions from the students in attendance while the jurors deliberated. At least one student was flabbergasted that the cast and crew were real lawyers! Rutland Unit Law Clerk Kathy Zhou served as bailiff, including assisting the jurors in their deliberations.
The morning’s trial ended in a hung jury and the afternoon’s trial resulted in a defendant’s verdict. The annual Law Day Mock Trial in Rutland has been a great way to introduce thousands of students to our system of justice in an entertaining and educational way. Each student received a program that included a glossary of legal terms, the listing of parties and a schematic of the courtroom. The Rutland Herald published a story about the production that you can view HERE.
Please feel free to share any other Law Day activities that you would like the VBA to publicize.  Enjoy the pictures below. 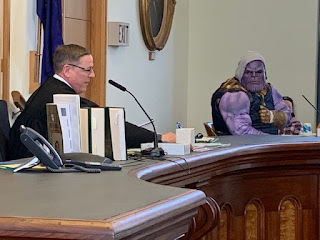 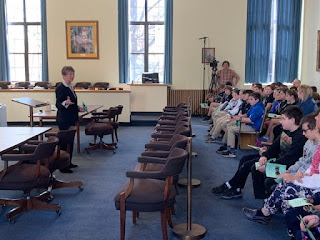 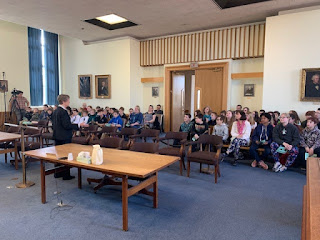 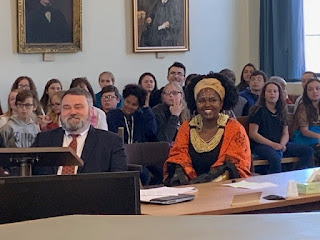 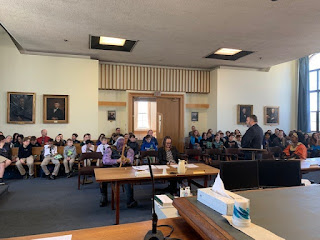 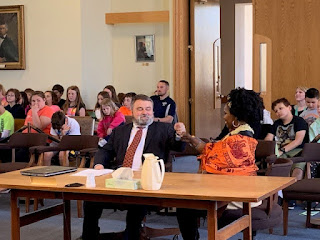 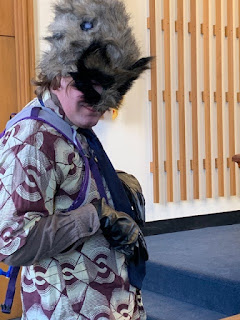 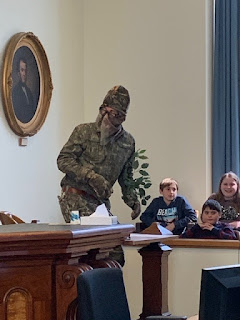 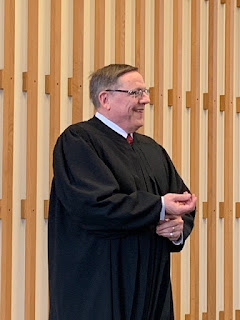 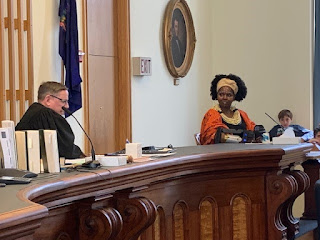 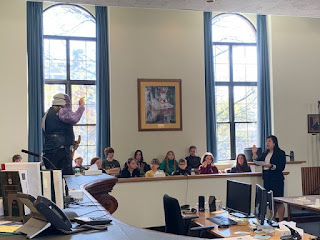 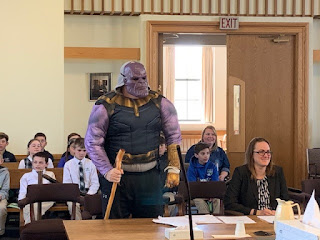 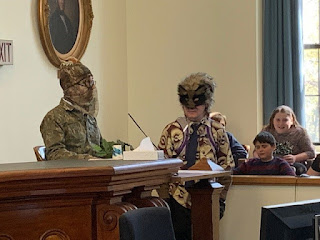 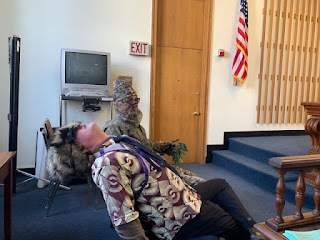