Governor Phil Scott today issued a press release to announce his appointment of Jennifer Barrett, of Newport, to the Vermont Superior Court. As per the release:

“Jennifer has demonstrated her legal expertise, as well as her commitment to justice and public service, in her role as state’s attorney and I’m confident she will continue to set a strong example on the bench,” said Governor Scott.

Barrett has served as the state’s attorney for Orleans County since 2015. She previously served as deputy state’s attorney in both Orleans and Bennington counties. As state’s attorney, Barrett has prosecuted a range of cases including homicides, kidnappings, sexual assaults and domestic assaults, as well juvenile cases, post-conviction relief cases and appeals. Over the course of her career, she has skillfully tried more than 50 cases to verdict before Vermont juries.

“I am humbled by the confidence that Governor Scott has placed in me and am looking forward to continuing my public service career, and the ability to keep serving the people of Vermont,” said Barrett. “I am excited to join the well-respected Vermonters on the bench and begin tackling the backlog resulting from the COVID-19 pandemic.”

With this appointment, Governor Scott has now appointed 12 Vermonters to the Superior Court – six women and six men, as well as three justices to the Supreme Court – two women and one man. 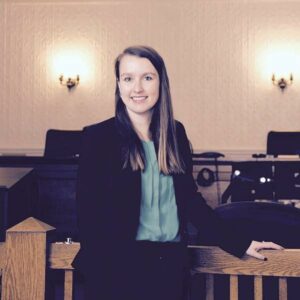