You are here:
Welcome to the 2016 Vermont Poverty Law Fellow, Mairead O’Reilly!  Mairead is our fifth Vermont Poverty Law Fellow, funded entirely by generous donations from over 300 Vermont lawyers, law firms and organizations to the annual Vermont Bar Foundation Access to Justice Campaign.  Originally spearheaded by the late Joan Wing, attorney Spencer Knapp and former VBA Executive Director, Bob Paolini, among others, and through herculean efforts of all of the Access to Justice Campaign volunteers, the Vermont Poverty Law Fellowship program is now welcoming its fifth two-year fellow.   The fellowship was designed to address serious unmet legal needs of Vermont’s low-income community.
In 2008, Grace Pazdan became the first Vermont Poverty Law Fellow, focusing on the foreclosure crisis and providing legal representation to Vermonters facing foreclosure.  During her tenure, she was instrumental in creating Vermont’s mandatory foreclosure mediation statute and training attorneys to assist defendants.  Jessica Radbord then became the second fellow, focusing on housing issues, particularly with respect to rental housing safety.  Because her fellowship coincided with flooding both in May of 2011 and with Irene’s late August, 2011 flooding, Jessica represented those most affected by the storms with their housing needs, having a tremendous impact on Vermont’s disaster recovery procedures.
Jay Diaz became Vermont’s third Poverty Law Fellow, focusing on promoting educational access, stability and equity for Vermont’s low-income children.  Throughout 2012-2014, he worked tirelessly in an effort to close the opportunity gap facing students from lower-income households.  In 2014, Katelyn Atwood became the fourth fellow, focusing on Veterans’ rights.  Not only was Katelyn able to assist Vermont Veterans directly with unmet legal needs, she did a significant amount of outreach and training, raising awareness regarding the needs of Vermont’s 50,000 Veterans and training attorneys to be able to assist them.
The Access to Justice Campaign is proud to be able to fund this year’s fifth fellow, Mairead O’Reilly, who will be focusing on the broad impact of Vermont’s opioid epidemic.  The epidemic has far-reaching effects on housing, education and health care and has caused great stress to our courts, agencies and schools.  Mairead will be working on identifying, developing and implementing solutions, including systemic reform initiatives, to help addicted and recovering clients get their lives on track and contribute to their communities once again.
Not only was Ms. O’Reilly a Full Tuition Merit Scholar at the University of Connecticut School of Law, she spent her law school terms working in the field of access to justice, at the Greater Hartford Legal Aid, The University of Connecticut Poverty Law Clinic, the Permanent Commission on the Status of Women, and the Domestic Violence Legal Empowerment and Appeals Project in Washington, D.C.  She will no doubt continue the outstanding work of our poverty law fellows-past while carving her own positive and enduring path of change.
The hundreds of donors to the Access to Justice Campaign can see real value and impact of their contributions.  This is crowdfunding at its finest – having a great idea, funding a great idea and putting the great idea into tangible action!  How about adding another sense to the mix?  Donors can get a taste of the great idea (in the form of a craft beer, wine or spirit) by coming to any one (or all) of the upcoming regional Justice Fest events!

Donors to this year’s campaign are provided a drink ticket and can meet Mairead.  All are welcome.  Contributions are needed, especially if the great work of the Vermont Poverty Law Fellow is to continue.  The annual campaign starts NOW and is coming soon to a watering hole near you.  Check our website banner for details, or click HERE for the Journal ad (p 22-23)!  The first event is September 26, 2016 at the Hop ‘N Moose in Rutland. 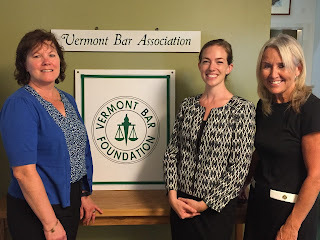 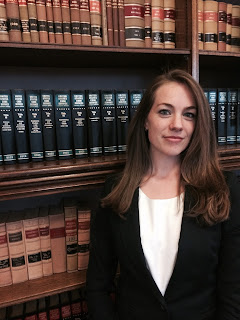