The Vermont Bar Association, in partnership with its Diversity Section and Young Lawyers Division, sponsored a Martin Luther King, Jr. Poster-Essay Contest to celebrate the life and message of the late Dr. Martin Luther King, Jr.  Middle school students were asked to create a poster and write a short essay interpreting what Dr. King’s “Injustice anywhere is a threat to justice everywhere” quotation means to them.  One winner and two runners-up were selected by the committee from many creative and thoughtful entries from all over the state.

Governor Phil Scott presented awards to the winning students at the Statehouse on April 27, 2022.  William Cunningham, a 7th grader from Mater Christi School in Burlington, was presented with the first-place plaque and traveling trophy for his school.  Koko Dundo-Plasha, a 7th grader from the Lake Champlain Waldorf School in Shelburne, received the first runner-up plaque and the team of Annabelle Vose and Camille Hamilton, 6th graders from the Robinson Elementary School in Starksboro, received second runner-up plaques.

The students, their teachers, and families were photographed with their winning submissions and Governor Scott. Governor Scott commended the students on their creativity, insightful interpretation of the quotation and their artistic abilities. After the ceremony, the group attended a statehouse tour and then were invited to the Vermont Supreme Court where they were welcomed by Chief Justice Paul Reiber and Associate Justice Nancy Waples. Justice Waples was instrumental in creating the Martin Luther King, Jr. Poster Essay Contest in 2017 when she chaired the VBA’s Diversity Section. Chief Justice Reiber invited the students to share what inspired them to create their winning submissions. The students and their families also received Pocket Constitutions as a memento of their visit to the Court, before finishing the morning with a tour of the Vermont History Museum.

The students’ posters and essays are currently on display at the Supreme Court building and were featured in the Winter 2022 Vermont Bar Journal, which can be accessed here.  Please scroll down to see photos from the events.

The VBA would like to congratulate all of the participants who submitted such excellent entries.  Special thanks to Governor Scott, to Chief Justice Reiber and Associate Justice Waples, as well as to the Vermont History Museum for making the day so memorable for the winning students, their teachers, and families.

Students and teachers should watch for notices in October for next year’s contest which is destined to be another success! 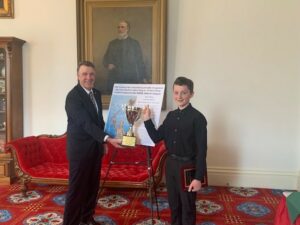 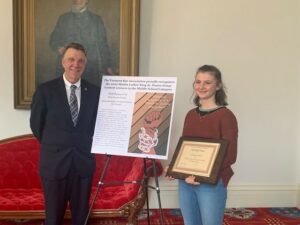 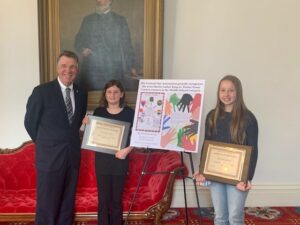 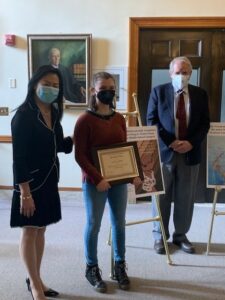 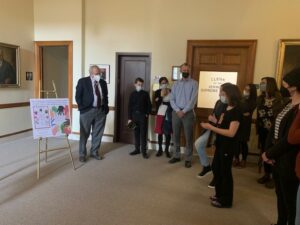 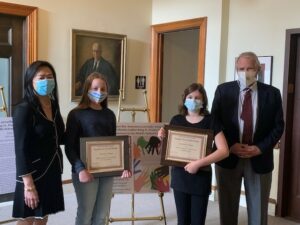 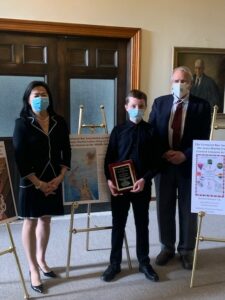 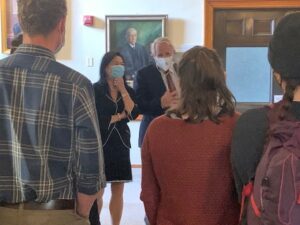 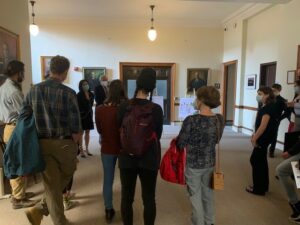 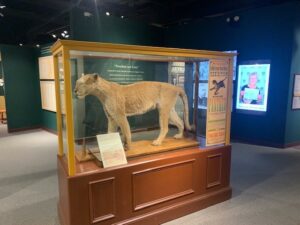 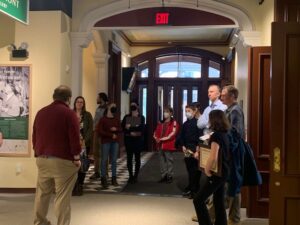