You are here:
The Vermont Bar Association, in partnership with its Diversity Section and Young Lawyers Division, sponsored a Martin Luther King, Jr. Poster-Essay Contest to celebrate the life and message of the late Dr. Martin Luther King, Jr.  Middle school students were asked to create a poster and write a short essay interpreting what Dr. King’s famous “I Have a Dream” speech means to them.  One winner and two runners-up were selected by the committee from many beautiful and thoughtful entries from all over the state.
Governor Phil Scott presented awards to the winning students at the Statehouse on January 17, 2018.  Gracie Ann Lawrence, a 5th grader from Hardwick Elementary School in Hardwick, was presented with the first-place plaque and traveling trophy for her school.  Tobianna Aldrich, an 8thgrader from Manchester Elementary-Middle School in Manchester, received the first runner-up plaque and the team of Rowan Morgan and Chandler Neveu, both 5thgraders from the Main Street Middle School in Montpelier, received the second runner-up plaque.
The students and their teachers and families were photographed with their winning submissions and Governor Scott.  The Governor spoke of the importance of Dr. King’s message today, including the importance of being kind to one another and to “tweet others as you would like to be tweeted” on social media.  After the ceremony, the group attended a statehouse tour and then were invited to the Vermont Supreme Court where they were greeted by Chief Justice Paul Reiber.  Justice Reiber congratulated the students, handed out VBA pocket constitutions, and spoke to the importance of the historic document and of Dr. King’s legacy.
The students’ posters and essays will be on display at the Supreme Court building throughout the month of January. They will also be featured in the Vermont Bar Journal.  Please scroll down to see the winning submissions and all the photos from the ceremonies.
The VBA would like to congratulate all of the participants who submitted such excellent entries.  Special thanks to Governor Scott, the Sergeant-at-Arms, and Chief Justice Reiber, as well as to all of their staff members for making the event so memorable for the winning students, their teachers and families.
Parents and teachers should watch for notices in October for next year’s contest which is destined to be another success.  Vermont’s got talent and we were overjoyed to celebrate with these winning youngsters! 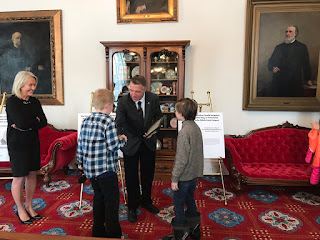 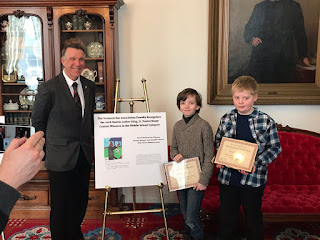 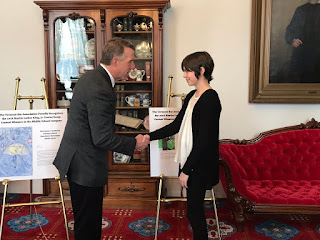 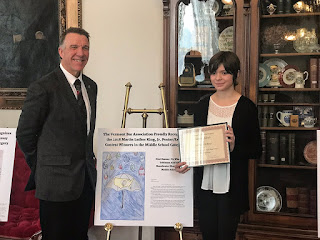 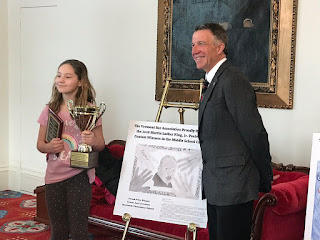 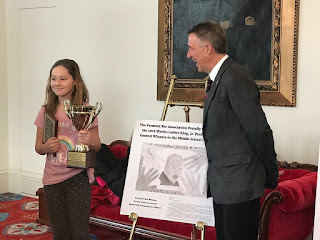 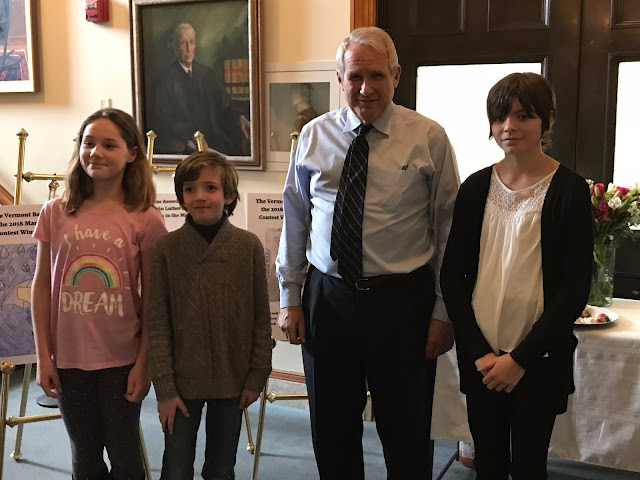 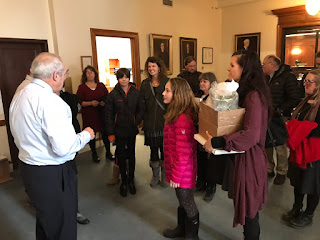 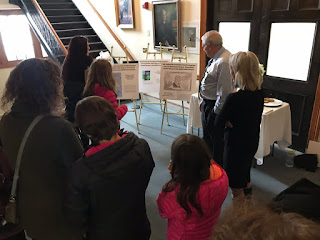 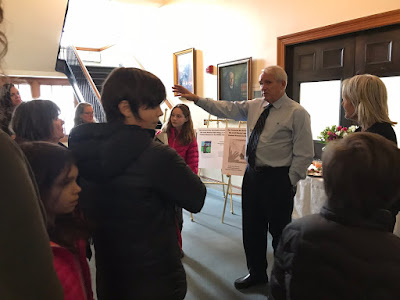 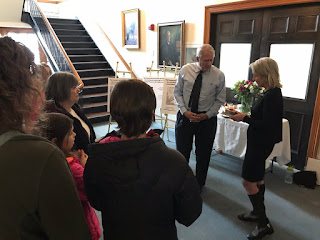 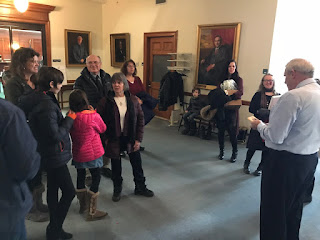 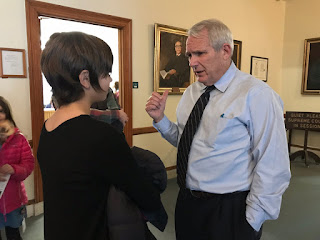 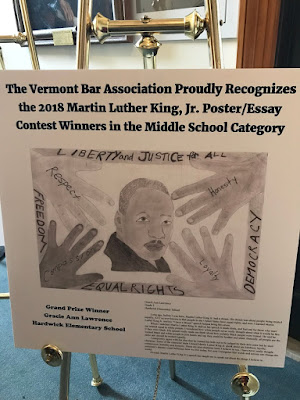 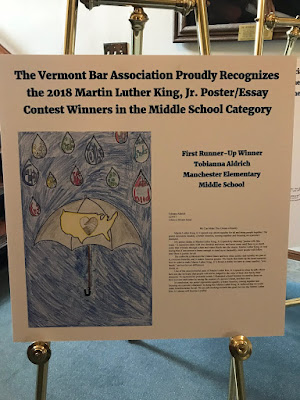 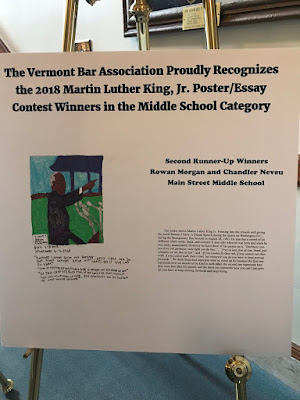 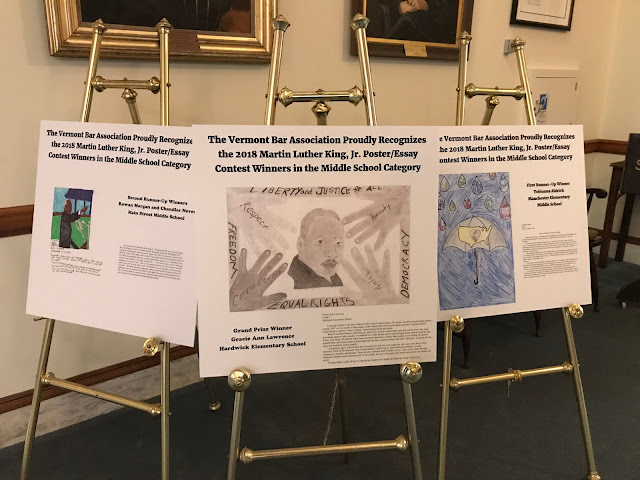