You are here:
Governor Shumlin swore in, as Superior Court judges, both former VBA President and Addison County State’s Attorney, David Fenster and VBA Member and Rutland practitioner, Elizabeth Mann at the Statehouse in Montpelier today.  Shumlin remarked that Mann and Fenster were chosen because of their grace, dignity, compassion, commitment to the law and good judgment.  He noted that dispensing justice is “more than just being a really, really good lawyer” but that other qualities are shown in how these two attorneys live their lives.
Governor Shumlin said that both Fenster and Mann “get the rest of it,” that people come into court facing real struggles and that the lives of the litigants matter.  The Governor said: “Dispensing justice doesn’t mean that you are powerful; it means that you care.”   His speech was followed by brief and touching expressions of gratitude by both Mann and Fenster, the official administration of oath and signing by the new judges.  Photos were taken and a brief opportunity for questions was given to the press by the Governor.
The ceremony was attended by many judges and court staff as well as family, colleagues and friends of both Mann and Fenster.  Beth Mann’s parents, husband and two sons attended, all appearing emotional, as were we all, during her beautiful speech.  Dave Fenster’s parents, step-parents, wife and daughter and son were also all in attendance and were thanked profusely.  Some levity was added when Dave’s wife’s shoe became lodged in the ventilation grate, which she handled with grace, and when the Governor’s pen (from “the bottom of the box” due to the end of his tenure) failed to operate properly, and several replacements were offered.
Read on for pictures of the event, the guests, and the shoe and pen incidents! 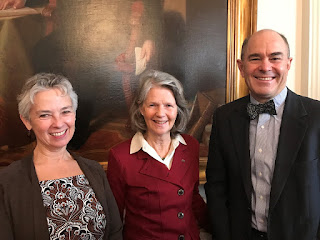 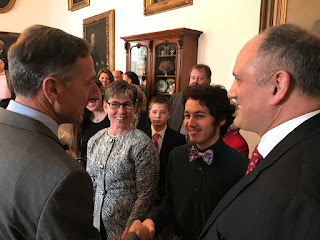 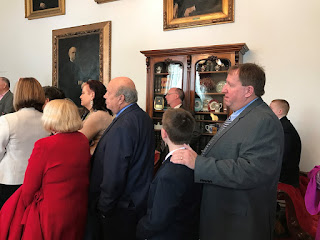 Coworkers and family of Fenster and Mann watching the ceremony, with VBA President Mike Kennedy in attendance. 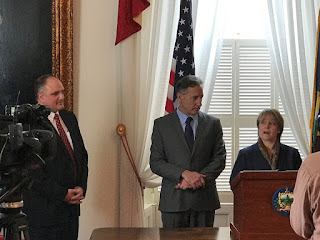 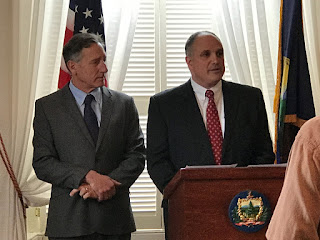 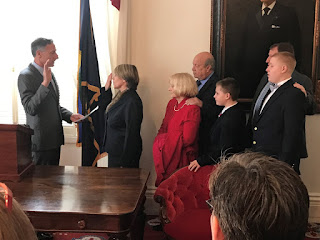 Beth Mann being sworn in with her family behind her. 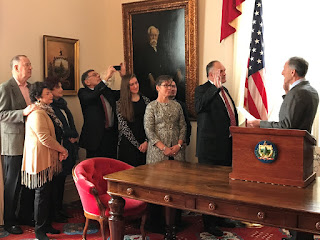 Dave Fenster being sworn in with his family behind him. 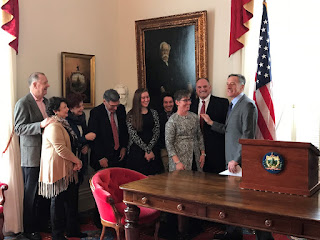 Just prior to the swearing in, the Governor reacts to the shoe-eating grate! 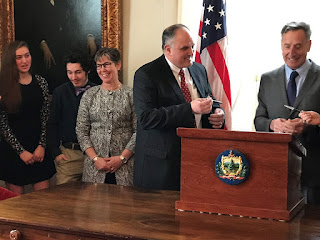 The point where the pen ran out… 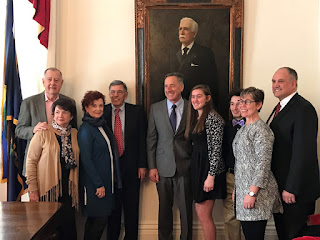 The Governor posed for pictures with both families (after noting that the room was “not iphone friendly”), with reporters blocking, we only obtained this fine iphone photo of the Judge Fenster contingent. 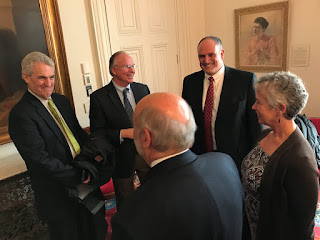