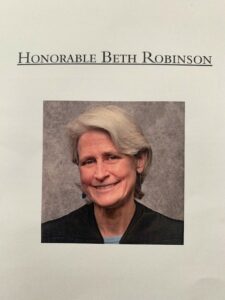 Judge Robinson’s nieces Hannah and Becca Kimyon and nephew Dawson Kimyon then treated the crowd to a beautiful rendition of “America the Beautiful”.

Judge Livingston introduced Judge Robinson’s law clerk Briana Hauser, who regaled those in attendance with many examples of how “BR” epitomizes enthusiasm, humility, and fantastic mentorship for all those who have the good fortune of working with her. This mentorship includes not just robust intellectual exercises but also races down Mt. Philo in sleds at break-neck speeds. Praising Judge Robinson’s “brilliant mind and boundless heart”, Briana spoke for all of Judge Robinson’s law clerks over the years in expressing her gratitude for Judge Robinson making them all “not just better lawyers but better people.”

Judge Robinson then also addressed the crowd (but not before her mother in attendance from Indiana discreetly motioned that her daughter needed to adjust the collar on her new robe!)  Judge Robinson thanked the colleagues, friends and family who had journeyed with her during her legal career, noting with humor a high school friend’s comment in reaction to a question about Judge Robinson’s experience on the bench when she was first named to the Vermont Supreme Court. The friend asked with surprise, “Aren’t they familiar with your high school basketball career?!”  Judge Robinson also thanked the Vermont legal community. She shared that when the ABA representatives contacted many in the bar as part of the nomination process, the representative indicated that she “was jealous of the Vermont bar because it is so truly special: “Not only did everyone return my phone calls and answer my emails [which apparently doesn’t happen in every state] everyone knew everyone else I had spoken with and had really nice things to say about them.”

Judge Robinson gave special thanks to Maria Dunton, Judge Peter Hall’s widow, for being in attendance, saying that it was her one regret that Peter was not there, but that she felt his presence through Maria.  Judge Robinson concluded by stating that it was an honor to be part of the Vermont legal community in all the various capacities in which she has served.   A video of the ceremony can be viewed at Beth Robinson | Induction Ceremony – YouTube . 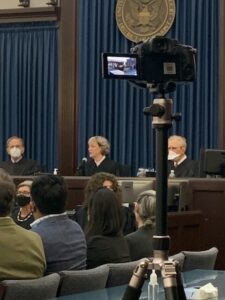 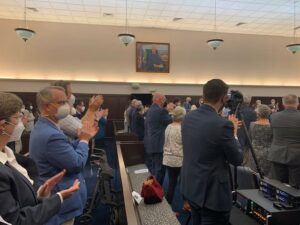 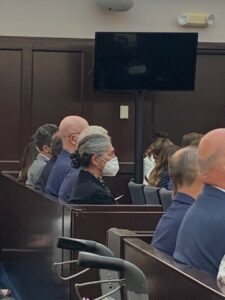 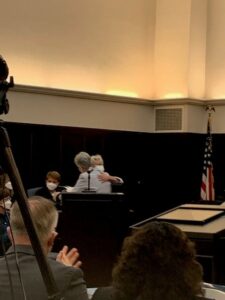 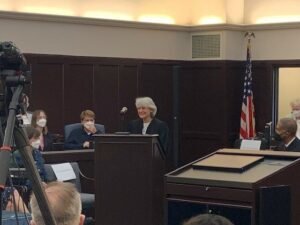 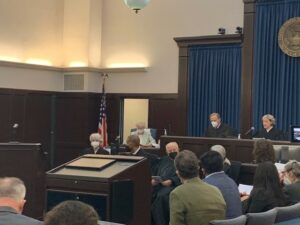 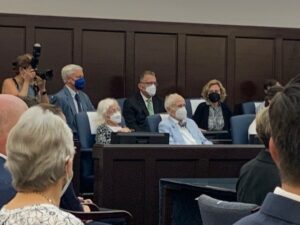 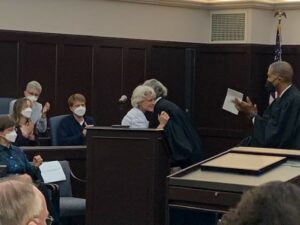 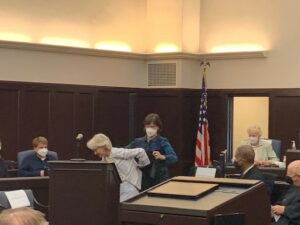 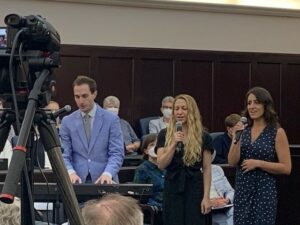 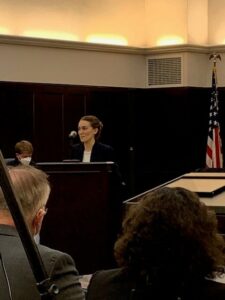 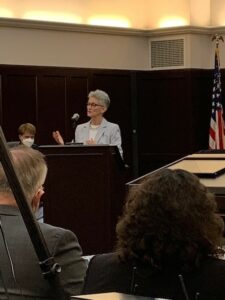